What is Coyote Mentoring?

Coyote mentoring is the opposite of the education style we grew up with.

Rather than presenting a child with a curriculum and trying to mold them to fit the information, coyote mentoring meets each child where they're at. Then, it's about finding the limit of their abilities, their awareness, their comfort zone, and gently - almost invisibly - coaxing them beyond the edge of what they know.

We use the same powerful and proven practices of our wild ancestors, to inspire and awaken children into a healthy, vital and passionate relationship with the world.

These practices include storytelling, artful questioning, awareness games and a whole slew of fun activities and games designed to nurture a sensitivity to themselves and others; for Life itself, in all its forms.

And because the coyote mentor works with the rhythm and flow of each child, there is no forced effort of concentration, no begrudged assignment. At its best, it can seem from the outside like nothing is happening - just inspired children, following their innate curiosity and their desire to interact with the world. With an occasional prod from a watchful mentor.

And yet, again and again we see this simple approach work miracles. Coyote mentoring brings children alive; their internal armour dissolving as they open to the world, step into the truth of who they are and all that they can be. There is such magic in watching a child experience what it is to be a human being who is fully connected to themselves, to others and to the word at large. 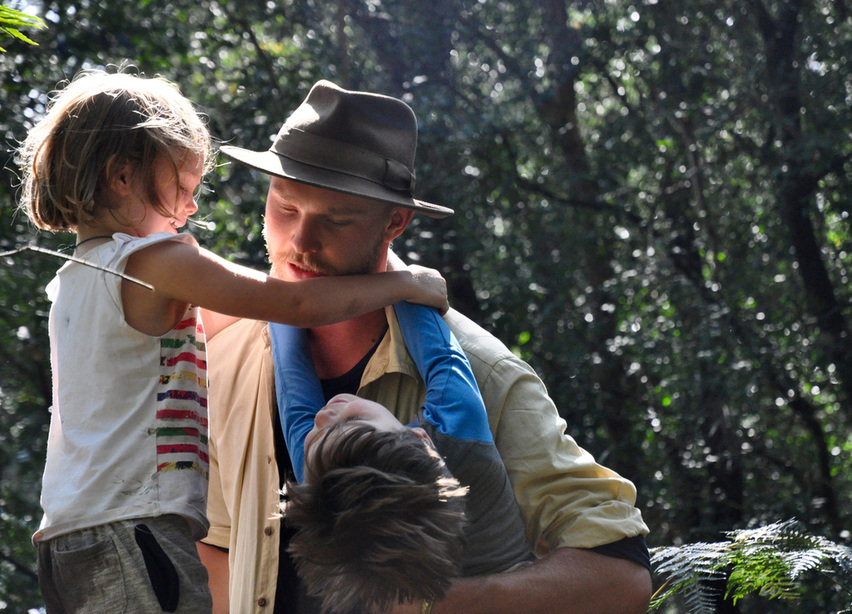 Here at Bluegum Bushcraft, we often use the word 'wild' in its simplest sense, meaning at home in wild nature. The coyote mentoring approach we use doesn't come from one particular culture's wisdom tradition, but from many, thanks to work of Jon Young. He studied nature-based cultures globally and found common threads between these cultures, in the ways they mentored their young. His book 'Coyote's Guide to Connecting with Nature' goes into more detail, and is a great resource for anyone interested in nature connection, mentoring or children.

Jon Young was himself mentored from a young age by renowned survivalist, Tom Brown Jr. Such was Tom's skill as a coyote mentor that Jon didn't even know he was being mentored at all, until he read Tom's first book, The Tracker. Only then did he realise the immense depth of Tom's knowledge of nature, and skill as a tracker. Before that, he just thought Tom was the cool guy down the road who liked to go camping a lot, and told great stories and asked a lot of questions!

Jon devoted much of his life to trying to work how Tom had mentored him so invisibly, and discovered that a similar process occurs in indigenous cultures around the world - kids being guided into a rich relationship with the world, without any overt 'teaching'. Tom Brown Jr was coyote mentored as a child, by Lipan Apache elder; Stalking Wolf. The story of Stalking Wolf's life is told in Tom's book, 'Grandfather' and is well worth a read. Coyote was the 'keeper of the knowledge' to the Lipan Apache people and hence we call it 'coyote mentoring'. 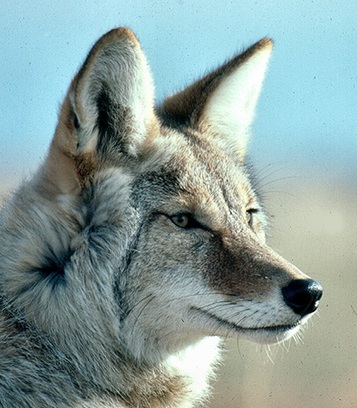 The Mechanics of Mentoring

We are born into the world with instincts - innate behavioural patterns that seek completion in the external world. But these patterns are not fully formed.

For instance, a new born baby instinctively seeks its mother's breast, but it will also suckle on a rubber teat.

As we interact with the world, these brain patterns are refined by our experiences and begin to solidify, like a half-hewn wood-carving given more layers of detail.

We humans are better at learning and adapting than any other species, and in large part this is due to the fact that we are born profoundly immature; our brain patterns profoundly incomplete. Compared to other animals we are born prematurely, and take an inordinate time to reach maturity. In fact, it's now thought the human brain only reaches complete maturity after more than two decades outside of the womb!

This long developmental period is what enables us to learn and adapt so well; it's how come we inhabit every type of ecosystem on the planet.

But it's also our weakness. We are profoundly suggestible, even as adults. Whatever our environment presents us with, we take as given. Growing up, we take for granted the convenience and comfort of the urban environment, just as we take for granted the fast pace, the intense sensory stimulation and the fact that we have no connection with many of the humans we see each day.

Nature-connection mentoring teaches a different view of life. It offers a new experience of what it is to be human - one that is in harmony with millions of years of evolution. In one sense, we are like fish who have learned to make do on dry land, and occasionally think there is something wrong because we often feel out of breath and have uncomfortably dry scales.

The answer is not a wholesale return to the bush. The answer is in rewilding. Contacting once more the experience of being a wild human; one who is at home, surrounded by the poetry, the peace, the infinite richness of wild nature. And bringing this body-knowing; this remembrance, back to our modern lives.